Yay for New Year’s Eve. In case you’ve never seen the BEST MOVIE EVER from the BEST SERIES EVER, that’s Baby New Year from Rudolph’s Shiny New Year. Check them out. I promise you’ll thank me.

I decided for my obligatory New Year’s Eve post, I would do an obligatory list of things I want to do/change/be/have in the new year. NOT resolutions, mind you. Just stuff that would be nice to get done.

Okay, so I have a pretty great job. I’m a waitress, but it isn’t what you think. I work at a private country club, I have a great team, the members (most of them) are friendly, and I make good money. But…I went to college. And I didn’t graduate from 4 years to be a waitress. And, this is easier said than done. But more on that later.

I’ve been procrastinating on this one for a while. Mainly because getting in is such a process, and paying for it is even more of a process. Plus, I have reservations about getting a degree when I’m not even sure the exact career path I want to take. Why waste the money? …but that is an awful excuse.

Yes, that’s right. I’m not registered to vote. I have not voted in any presidential or other election since I turned 18. Why, you ask? Well, for one, I don’t think my vote counts. Why else did Gore lose in 2000 when he won the popular vote? (I annoy the boyfriend with that question all the time) Plus, I could care less about politics, which makes me an uneducated voter, and therefore very dangerous. But politics are so subjective, no one is ever right. And no matter what opinion you have, there is someone who is in your face telling you its wrong. But, I’m going to learn…however painful it may be. And make informed decisions. And be less of a danger to society.

4. Stop worrying about “The Clock”.

All the ladies know what I’m talking about here. I’m on the brink of entering the last year of my mid-twenties, and I haven’t accomplished anything I set out to do. My plan I had from my teens is all thrown off. I was supposed to have a great job, be engaged by 25, married by 26, and kids before 30. Clearly, I’m a little off schedule. But you know what? I’m done thinking about it. I can think about me and my life and what I want, and not worry about the color of the cumberbun on my fiance’s tuxedo matching a particular flower, and making sure my band/photographer doesn’t get trashed and mess up my reception. And kids…that’s a whole other topic unto itself. So, living for the moment. No more worrying.

This is where my photography is coming in. All my life, I’ve done activities based on whether I could compete in it, make money at it, or just be really really good at it. I’ve never done something just for the fun and enjoyment of it. Hell, even this blog has alterior motives. Photography, though, is going to be mine. I’m just doing it for myself. It’s a nice skill to have, and I’m extremely interested in learning as much as I can about it and obviously work on taking great pictures. But I’m not going to rush the process. I have no deadline, I’m learning as I go. This is a new thing for me, so please bear with me when I post my first few pictures…they may be less than spectacular. But I don’t care!

This is something I try to do all the time anyway, but I wanted to throw it on here anyway because I feel like it is worth acknowledging. You need to actively think positively, and good things will come your way. I’m a huge believer on the law of attraction, which I will dedicate many posts to down the line.

Have a great New Year’s Eve, be safe, and for god’s sake don’t get arrested. There will be absolutely no place to sit in the drunk tank, and if you’re like me, all you want to do when you’re drunk is sit. 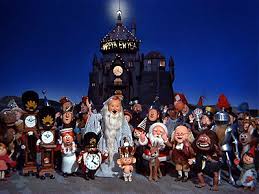